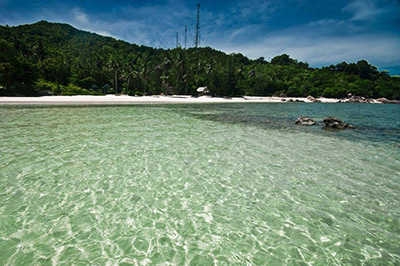 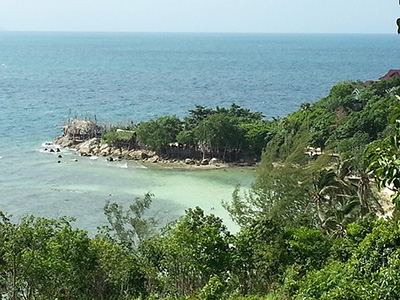 Haad Son used to be a relatively obscure beach with just the one place to stay called Haad Son Resort. Now there is another accommodation options at Haad Son – it is called Secret Beach Bungalows. The re-branding, it seems, has caught on, and ironically when Haad Son beach was simply called ‘Haad Son’ it was a secret to which most visitors to Koh Phangan were not privy. Now it is called ‘Secret Beach’, the beach has had more internet exposure and is definitely not a secret anymore for tourists.

The entrance to Haad Son Resort is located up a steep hill. It is not a convenient location for those who prefer not to rent a moped. The resort has had a major make-over in the last few years and the rooms and facilities are much improved. The reception is at the top of the hill. As you walk down the hill you encounter the swimming pool, accommodation and finally the restaurant and bar on the beach.

There are a few beach bungalows but most of the accommodation is up the hill. Until recently Haad Son Resort claimed the beach as their own. That is no longer the case as there is now Secret Beach Bungalows on Haad Son Beach.

There are 2 ways to get to Secret Beach. You can either walk through Haad Son Resort from the main road. There is also a small track to the south. It is signposted on the road between Haad Yao (to the north) and Haad Chao Phao (to the south).

The beach has fine white sand. Like the other beaches on the west coast the sea seems to disappear during low tide. The best months for swimming are September to March. While the shallow water is good for children and paddling, those looking for a decent swim might be disappointed.

The beach is fringed by palms. Haad Son Resort on the hill is the defining landmark. Despite the new popularity of Haad Son now that it has become ‘Secret Beach’ it is not a particularly crowded beach. There is the occasional wedding on the beach, normally organised by Haad Son Resort.

If you are staying on the west coast of Koh Phangan and looking for a new beach to check out, then Haad Son is a good bet. 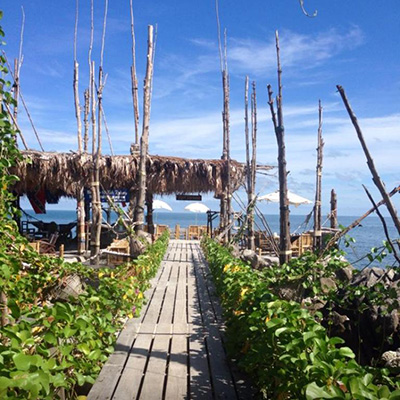 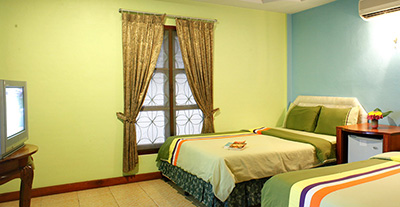 The resort features a swimming pool with impressive sea views. On the beach is a restaurant and bar. They serve a range of Thai and Western dishes. The restaurant prices are a bit higher than usual, as the resort banks on having a ‘captive audience’.

The restaurant features a larger thatched area, a decking walk out to a viewing promontory and a diving spot. The restaurant is called Koh Raham. Why? I know not.

Wifi is available for free in public areas. The accommodation is spread over a hill and out of wifi range. 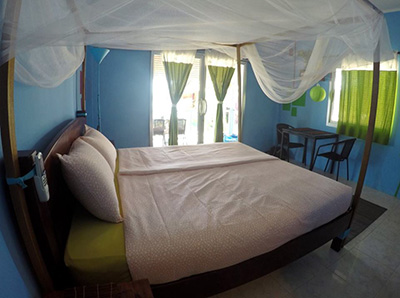 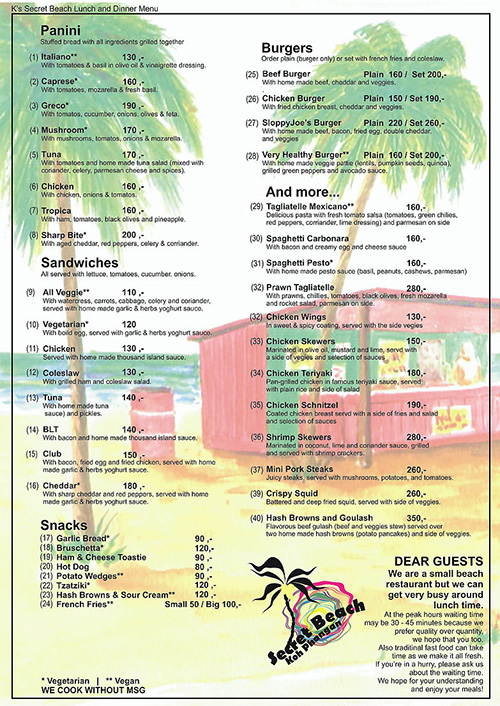 Secret Beach Bungalows is located at the southern end of Haad Son beach. It is a beachfront resort and guests don’t have to make it up and down a big hill. The track out from the beach here is just 400 metres from the northern Haad Chao Phao Resorts. The feeling is of much less isolation; not stuck up a hill, but tucked away in a hidden corner, not far from the action.

There is a collection of beach bungalows. They are fairly big and lovingly maintained.

Secret Beach Bungalows has a beachfront restaurant that serves Italian food. They also do burgers. The prices are average for the area. It is a funky little restaurant, and the notion that it is on a secret beach clearly creates a sense of occasion when wining and dining.

Secret Beach is Haad Son. It is a beach that has opened up now another resort other than Haad Son Resort has started using the beach. Both Haad Son Resort and Secret Beach Bungalows are good places to stay. The former is for those who like a big resort with swimming pool and large menu. The latter is for backpackers looking for a cool new destination.